Samuel Taylor Coleridge (1772-1834) was an English poet, literary critic, and philosopher who, with his friend William Wordsworth, was one of the founders of the Romantic Movement in England. Though he was already married, in 1799, he met and fell in love with Wordsworth’s sister-in-law, Sara Hutchinson. It was for Sara he wrote To Asra and other love poems. He is best known for The Rime of the Ancient Mariner (1798) and the fragmented Kubla Khan (1816)—which Coleridge admitted was written while in an opium trance—as well as his major prose work, Biographia Literaria (1817). 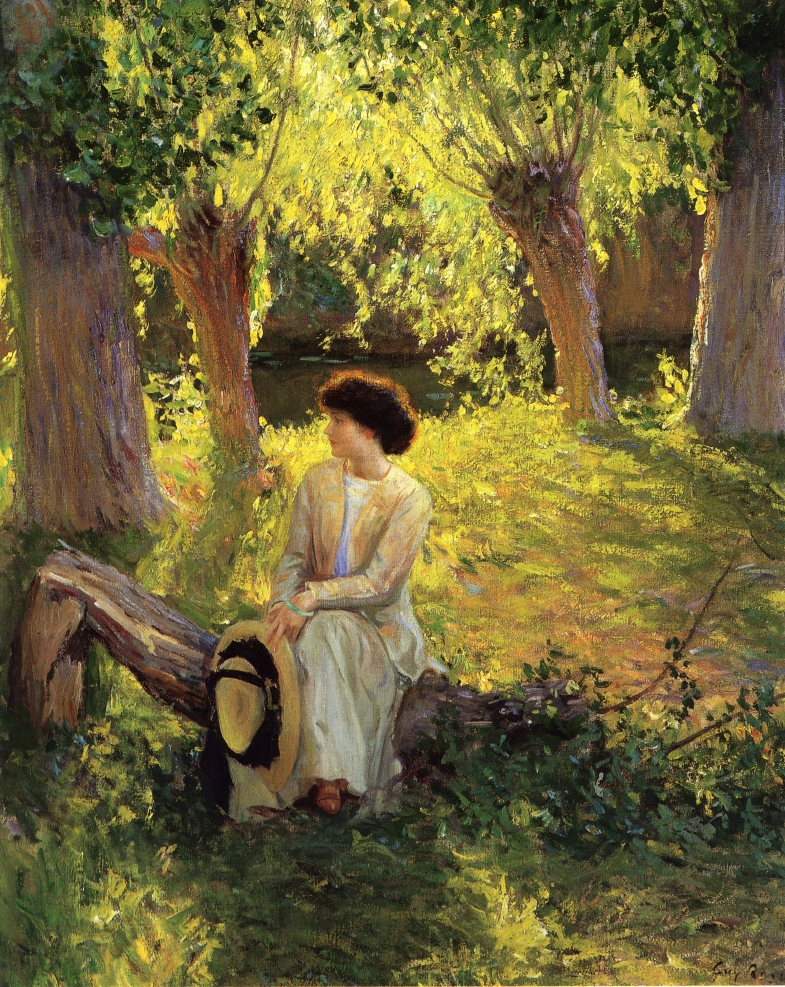 Are there two things, of all which men possess,
That are so like each other and so near,
As mutual love seems like to happiness?
Dear Asra, woman beyond utterance dear!
This love which ever welling at my heart,
Now in its living fount doth heave and fall,
Now overflowing pours thro’ every part
Of all my frame, and fills and changes all,
Like vernal waters springing up through snow,
This love that seeming great beyond the power
Of growth, yet seemeth ever more to grow,
Could I transmute the whole to one rich dower
Of happy life, and give it all to thee,
Thy lot, methinks, were Heaven, thy age, eternity!

All thoughts, all passions, all delights,
Whatever stirs this mortal frame,
All are but ministers of Love,
And feed his sacred flame.

Oft in my waking dreams do I
Live o’er again that happy hour,
When midway on the mount I lay,
Beside the ruined tower.

The moonshine, stealing o’er the scene
Had blended with the lights of eve;
And she was there, my hope, my joy,
My own dear Genevieve!

She leant against the arm{‘e}d man,
The statue of the arm{‘e}d knight;
She stood and listened to my lay,
Amid the lingering light.

Few sorrows hath she of her own,
My hope! my joy! my Genevieve!
She loves me best, whene’er I sing
The songs that make her grieve.

I played a soft and doleful air,
I sang an old and moving story—
An old rude song, that suited well
That ruin wild and hoary.

She listened with a flitting blush,
With downcast eyes and modest grace;
For well she knew, I could not choose
But gaze upon her face.

I told her of the Knight that wore
Upon his shield a burning brand;
And that for ten long years he wooed
The Lady of the Land.

I told her how he pined: and ah!
The deep, the low, the pleading tone
With which I sang another’s love,
Interpreted my own.

She listened with a flitting blush,
With downcast eyes, and modest grace;
And she forgave me, that I gazed
Too fondly on her face!

But when I told the cruel scorn
That crazed that bold and lovely Knight,
And that he crossed the mountain-woods,
Nor rested day nor night;

There came and looked him in the face
An angel beautiful and bright;
And that he knew it was a Fiend,
This miserable Knight!

And that unknowing what he did,
He leaped amid a murderous band,
And saved from outrage worse than death
The Lady of the Land!

And how she wept, and clasped his knees;
And how she tended him in vain—
And ever strove to expiate
The scorn that crazed his brain;—

And that she nursed him in a cave;
And how his madness went away,
When on the yellow forest-leaves
A dying man he lay;—

His dying words—but when I reached
That tenderest strain of all the ditty,
My faltering voice and pausing harp
Disturbed her soul with pity!

All impulses of soul and sense
Had thrilled my guileless Genevieve;
The music and the doleful tale,
The rich and balmy eve;

And hopes, and fears that kindle hope,
An undistinguishable throng,
And gentle wishes long subdued,
Subdued and cherished long!

She wept with pity and delight,
She blushed with love, and virgin-shame;
And like the murmur of a dream,
I heard her breathe my name.

Her bosom heaved—she stepped aside,
As conscious of my look she stepped—
Then suddenly, with timorous eye
She fled to me and wept.

She half enclosed me with her arms,
She pressed me with a meek embrace;
And bending back her head, looked up,
And gazed upon my face.

‘Twas partly love, and partly fear,
And partly ’twas a bashful art,
That I might rather feel, than see,
The swelling of her heart.

I calmed her fears, and she was calm,
And told her love with virgin pride;
And so I won my Genevieve,
My bright and beauteous Bride.