William Wordsworth (1770-1850) was an English poet who, with Samuel Taylor Coleridge, launched the Romantic Age in English literature with their joint publication of Lyrical Ballads in 1798. Wordsworth’s love for nature and sympathy for the common man were major themes in his poetry. In 1843, he was named Poet Laureate. His autobiographical epic, The Prelude, was published three months after his death in 1850. Though it was not well-received at the time, it has since been recognized as a masterpiece. 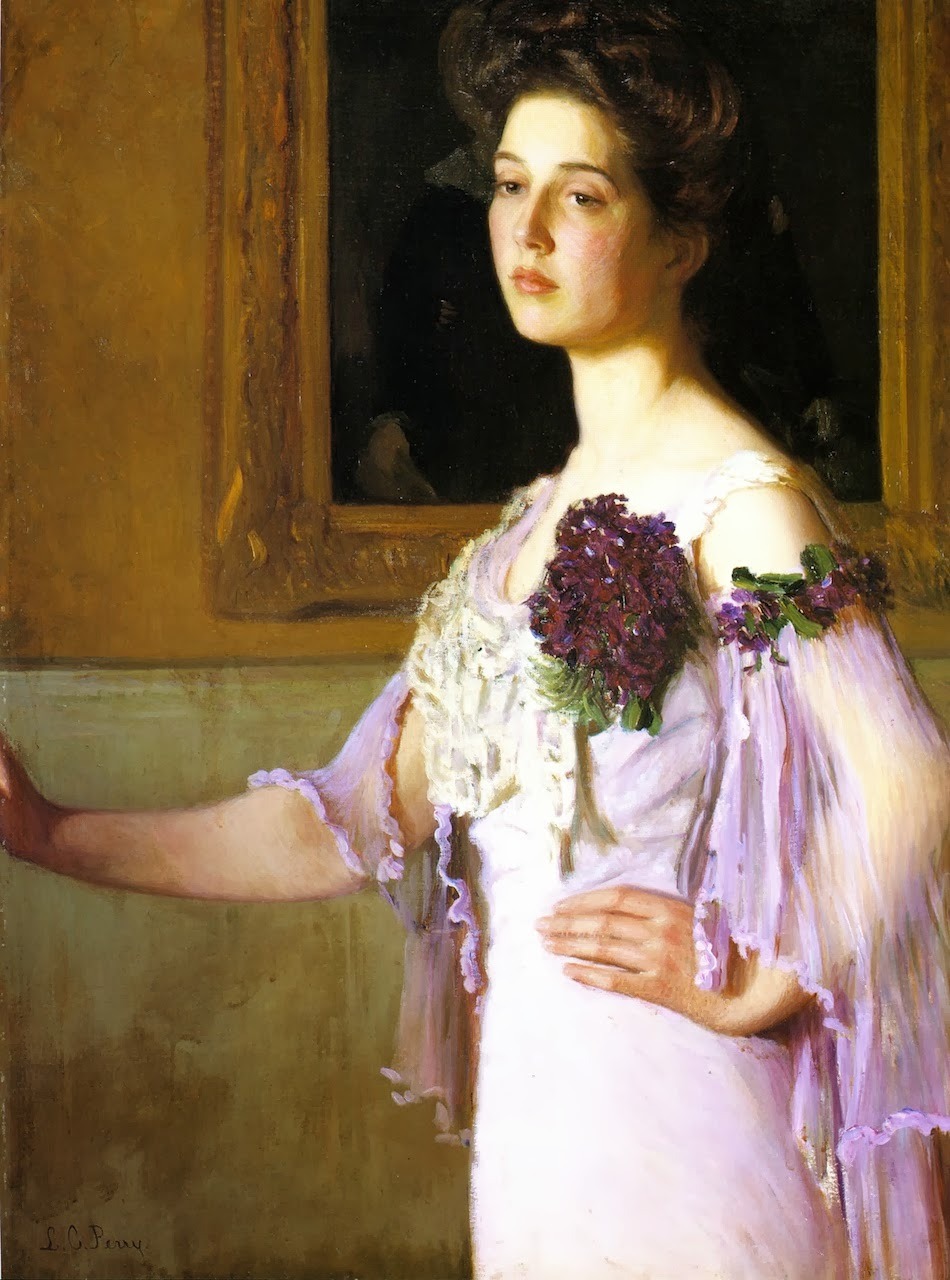 She Was a Phantom of Delight

She was a phantom of delight
When first she gleamed upon my sight;
A lovely apparition, sent
To be a moment’s ornament;
Her eyes as stars of twilight fair;
Like twilight’s, too, her dusky hair;
But all things else about her drawn
From May-time and the cheerful dawn;
A dancing shape, an image gay,
To haunt, to startle, and way-lay.

I saw her upon nearer view,
A spirit, yet a Woman too!
Her household motions light and free,
And steps of virgin-liberty;
A countenance in which did meet
Sweet records, promises as sweet;
A creature not too bright or good
For human nature’s daily food;
For transient sorrows, simple wiles,
Praise, blame, love, kisses, tears, and smiles.

And now I see with eye serene
The very pulse of the machine;
A being breathing thoughtful breath,
A traveller between life and death;
The reason firm, the temperate will,
Endurance, foresight, strength, and skill;
A perfect woman, nobly planned,
To warn, to comfort, and command;
And yet a spirit still, and bright
With something of angelic light.

Louisa: After Accompanying Her On A Mountain Excursion

I met Louisa in the shade,
And, having seen that lovely maid,
Why should I fear to say
That, nymph-like, she is fleet and strong,
And down the rocks can leap along
Like rivulets in May?

She loves her fire, her cottage-home;
Yet o’er the moorland will she roam
In weather rough and bleak;
And, when against the wind she strains,
Oh! might I kiss the mountain rains
That sparkle on her cheek.

Take all that’s mine “beneath the moon,”
If I with her but half a noon
May sit beneath the walls
Of some old cave, or mossy nook,
When up she winds along the brook
To hunt the waterfalls.

Painting: “Lady with the Violet Corsage” by Lilla Cabot Perry, 1903.