Edmund Spenser (1552-1599) was an English poet. His writing was purposely archaic, reminiscent of The Canterbury Tales by Geoffrey Chaucer, whom he greatly admired. He is best known for his epic poem, The Faerie Queene (1590) which celebrates, through fantastical allegory, the Tudor dynasty and Elizabeth I. 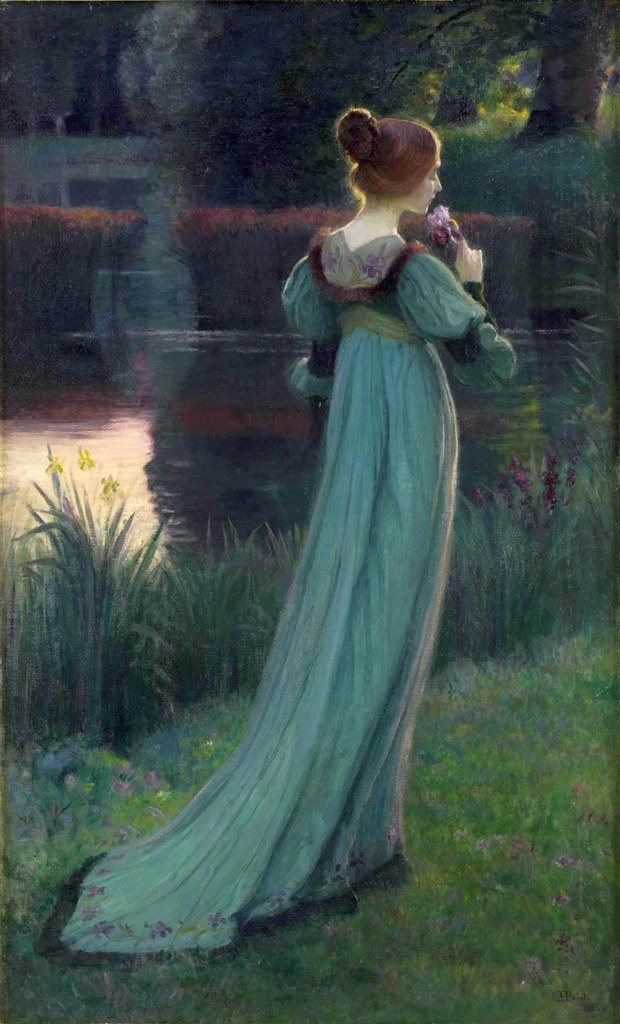 My love is like to ice, and I to fire:
How come it then that this her cold is so great
Is not dissolved through my so hot desire,
But harder grows the more I her entreat?
Or how comes it that my exceeding heat
Is not allayed by her heart-frozen cold,
But that I burn much more in boiling sweat,
And feel my flames augmented manifold?
What more miraculous thing may be told,
That fire, which is congealed with senseless cold,
Should kindle fire by wonderful device?
Such is the power of love in gentle mind,
That it can alter all the course of kind.

Like as a huntsman after weary chase,
Seeing the game from him escap’d away,
Sits down to rest him in some shady place,
With panting hounds beguiled of their prey:
So after long pursuit and vain assay,
When I all weary had the chase forsook,
The gentle deer return’d the self-same way,
Thinking to quench her thirst at the next brook.
There she beholding me with milder look,
Sought not to fly, but fearless still did bide:
Till I in hand her yet half trembling took,
And with her own goodwill her firmly tied.
Strange thing, me seem’d, to see a beast so wild,
So goodly won, with her own will beguil’d.
Engraving: “Edmund Spenser” by George Vertue (1684-1756), Burnet Reading Engraving. Private Collection.
Painting: “Reminiscing by the Pond” by Armand Point (French 1861-1932), oil on canvas, 1893.