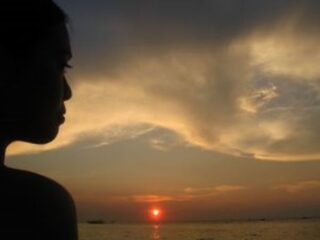 Stop the mindless wishing that things would be different. Rather than wasting time and emotional and spiritual energy in explaining why we don’t have what we want, we can start to pursue other ways to get it. —Greg Anderson

Regret not that which is past; and trust not to thine own righteousness. —St. Anthony

Think only of the past as its remembrances gives you pleasure. —Jane Austen

A man is not old until regrets take the place of dreams. —John Barrymore

Speak when you are angry and you will make the best speech you will ever regret. —Ambrose Bierce

Oh! leave the past to bury its own dead. —William S. Blunt

Don’t fear failure so much that you refuse to try new things. The saddest summary of a life contains three descriptions—could have, might have and should have. —Louis E. Boone

Regrets are the natural property of grey hairs. —Charles Dickens

Footfalls echo in the memory
Down the passage which we did not take
Towards the door we never opened
Into the rose garden.
—T. S. Eliot, Four Quartets

Be not the slave of your own past . . . plunge into the sublime seas, dive deep, and swim far, so you shall come back with self-respect, with new power, with an advanced experience, that shall explain and overlook the old. —Ralph Waldo Emerson

On no account brood over your wrongdoing; rolling in the muck is not the best way of getting clean. —Aldous Huxley

I often read for people who regret the end of some relationship. It can be years later, and they’re still wondering if somehow they missed their destiny by allowing a certain someone to “slip through their fingers.” There is sometimes a very simple remedy for this sort of regret—just reconnect. We all have a natural tendency to romanticize what we’ve lost, to remember only the good things. Instead of living in the past, I suggest we check our memories against reality by bringing the past into the present. If you’re full of regret over a broken relationship, and it’s an option, give the person a call. There’s nothing like staring reality in the face to help us stop romanticizing and get on with the here and now. —Kajama

When our pain and anger dissipate after an argument or upset, we almost always see that we “shouldn’t” have gotten so emotional. We see a new perspective; we see our role in the matter; we understand why things happened as they did. The next time conflict erupts, however, we’re angry all over again. We do this over and over, until one day we stop as negative emotion begins and ask ourselves, “How will I see this in hindsight? What is the deeper truth here? How am I repeating a painful pattern?” Then we soften, and that softens others, and we begin to live a gentler way. —Kajama

O lost days of delight, that are wasted in doubting and waiting! O lost hours and days in which we might have been happy! —Henry W. Longfellow

Make it a rule of life never to regret and never to look back. Regret is an appalling waste of energy; you can’t build on it; it’s only for wallowing in. —Katherine Mansfield

You can’t get where you’re going while you’re living where you’ve been. —Dalton Roberts

Of all sad words of tongue or pen, the saddest are these: “It might have been.” —John Greenleaf Whittier

Loneliness
Forgive and Forget
Success and Failure
Learning and Growth