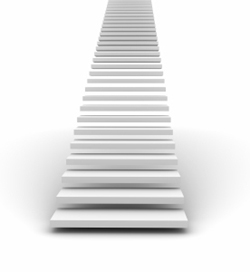 Eighty percent of success is showing up. —Woody Allen

Pretend that every single person you meet has a sign around his or her neck that says, “Make me feel important.” Not only will you succeed in sales, you will succeed in life. —Mary Kay Ash

The secret of getting ahead is getting started. —Sally Berger

Don’t fear failure so much that you refuse to try new things. The saddest summary of a life contains three descriptions: Could have . . . might have . . . and should have. —Louis E. Boone

A successful man is one who can lay a firm foundation with the bricks that others throw at him. —David Brinkley

An individual’s self-concept is the core of his personality. It affects every aspect of human behavior: The ability to learn, the capacity to grow and change . . . A strong, positive self-image is the best possible preparation for success in life. —Dr. Joyce Brothers

The young do not know enough to be prudent, and therefore they attempt the impossible—and achieve it—generation after generation. —Pearl S. Buck

People rarely succeed unless they have fun in what they are doing. —Dale Carnegie

Flaming enthusiasm, backed up by horse sense and persistence, is the quality that most often makes for success. —Dale Carnegie

I think everybody should get rich and famous and do everything they ever dreamed of, so they can see that it’s not the answer. —Jim Carrey

There are people who have money and people who are rich. —Coco Chanel

I owe my success to having listened respectfully to the very best advice, and then going away and doing the exact opposite. —G. K. Chesterton

If you realize that you have enough, you are truly rich. —Tao Te Ching

In order to succeed, your desire for success should be greater than your fear of failure. —Bill Cosby

There is a vast difference between success at twenty-five and success at sixty. At sixty, nobody envies you. Instead, everybody rejoices generously, sincerely, in your good fortune. —Marie Dressler

A man is a success if he gets up in the morning and gets to bed at night, and in between he does what he wants to do. —Bob Dylan

Try not to become a man of success, but rather a man of value. —Albert Einstein

Enthusiasm is one of the most powerful engines of success. When you do a thing, do it with your might. Put your whole soul into it. Stamp it with your own personality. Be active, be energetic, be enthusiastic and faithful; and you will accomplish your objective. Nothing great was ever achieved without enthusiasm. —Ralph Waldo Emerson

To laugh often and much; to win the respect of intelligent people and the affection of children . . . to leave the world a better place . . . to know even one life has breathed easier because you have lived. This is to have succeeded. —Ralph Waldo Emerson

The greatest barrier to success is the fear of failure. —Sven Goran Eriksson

Something must die in order to grow—your old habits, your old self, your old thinking, your old life—must be weeded out for the seeds of success to grow. —Doug Firebaugh

To try and fail is at least to learn. To fail to try is to suffer the loss of what might have been. —Benjamin Franklin

Don’t aim for success if you want it; just do what you love and believe in, and it will come naturally. —David Frost

The real contest is always between what you’ve done and what you’re capable of doing. —Geoffrey Gaberino

You measure yourself against yourself and nobody else. —Geoffrey Gaberino

The vision must be followed by the venture. It is not enough to stare up the steps . . . we must step up the stairs. —Vance Havner

If you’re trying to achieve, there will be roadblocks; but obstacles don’t have to stop you. If you run into a wall, don’t turn around and give up. Figure out how to climb it, go through it, or work around it. —Michael Jordan

The difference between those who succeed and those who fail is almost always in their capacity to simply keep trying. —Kajama

Believe and act as if it were impossible to fail. —Charles F. Kettering

Failures, repeated failures, are finger posts on the road to achievement. One fails forward towards success. —Charles F. Kettering

A man may fall many times, but he won’t be a failure until he says someone pushed him. —Elmer G. Letterman

I’ve had great success being a total idiot. —Jerry Lewis

My mantra has become: Know no boundaries. This does not suggest reckless abandon, but an open mind that asks, What would I attempt to do if I were sure I wouldn’t fail? —Joan Lunden

Often the difference between a successful man and a failure is not one’s better abilities or ideas, but the courage that one has to bet on his ideas, to take a calculated risk, and to act. —Dr. Maxwell Maltz

I will persist until I succeed. Always will I take another step. If that is of no avail, I will take another, and yet another. In truth, one step at a time is not too difficult . . . I know that small attempts, repeated, will complete any undertaking. —Og Mandino

The victory of success is half won when one gains the habit of setting goals and achieving them. —Og Mandino

Defeat may serve as well as victory to shake the soul and let the glory out. —Edwin Markham

The greater danger for most of us is not that our aim is too high and we miss it, but that it is too low and we reach it. —Michelangelo

Every time you accomplish a goal, you develop the strength and wisdom to accomplish the next one. Success begets success. Keep focused on it, and don’t let anything get in your way. —Chuck Norris

Striving for perfection is the greatest stopper there is . . . it’s your excuse to yourself for not doing anything. Instead, strive for excellence, doing your best. —Sir Laurence Olivier

Material success may result in the accumulation of possessions; but only spiritual success will enable you to enjoy them. —Nido Qubein

If your success is not on your own terms, if it looks good to the world, but does not feel good in your heart, it is not success at all. —Anna Quindlen

What exactly is success? For me it is to be found not in applause, but in the satisfaction of feeling that one is realizing one’s ideal. —Anna Pavlova

People become really quite remarkable when they start thinking that they can do things. When they believe in themselves, they have the first secret of success. —Norman Vincent Peale

Instead of always harping on a man’s faults, tell him of his virtues. Try to pull him out of his rut of bad habits. Hold up to him his better self, his real self that can dare and do and win out. —Eleanor Porter

The will to win, the desire to succeed, the urge to reach your full potential . . . these are the keys that will unlock the door to personal excellence. —Eddie Robinson

The only limit to our realization of tomorrow will be our doubts of today. —Franklin Delano Roosevelt

Being defeated is often a temporary condition. Giving up is what makes it permanent. —Marilyn vos Savant

Success is not the key to happiness. Happiness is the key to success. If you love what you are doing, you will be successful. —Dr. Albert Schweitzer

Failure is not the worst outcome, mediocrity is. —Dharmesh Shah

You may be disappointed if you fail, but you are doomed if you don’t try. —Beverly Sills

Put your heart, mind, intellect, and soul even to your smallest acts. This is the secret of success. —Swami Sivanada

Those who believe in our ability do more than stimulate us. They create for us an atmosphere in which it becomes easier to succeed. —John Lancaster Spalding

He has achieved success who has lived well, laughed often and loved much;
who has gained the respect of intelligent men and the love of little children;
who has filled his niche and accomplished his task;
who has left the world better than he found it,
whether by an improved poppy, a perfect poem, or a rescued soul;
who has never lacked appreciation of earth’s beauty or failed to express it;
who has always looked for the best in others and given them the best he had;
whose life was an inspiration; whose memory a benediction.
—Bessie Stanley, Lincoln (Kansas) Sentinel, November 11, 1905

Don’t judge each day by the harvest you reap, but by the seeds that you plant. —Robert Louis Stevenson

We are all at risk of something. Of ending up exactly where we began, of failing to imagine and find and know and actualize who we could be. The only difference is the distance of the leap. —Cheryl Strayed

If one advances confidently in the direction of his dreams and endeavors to lead the life which he has imagined, he will meet with a success unexpected in common hours. —Henry David Thoreau

If you win the rat race, you’re still a rat. —Lily Tomlin

You only learn how to succeed by failing, and no success is possible without it. —Brian Tracy

A leader is best when people barely know he exists, when his work is done, his aim fulfilled, they will say: We did it ourselves. —Lao Tzu

In the game of life it’s a good idea to have a few early losses, which relieves you of the pressure of trying to maintain an undefeated season. —Bill Vaughan

I know the price of success: Dedication, hard work, and an unremitting devotion to the things you want to happen. —Frank Lloyd Wright

Your attitude, not your aptitude, will determine your altitude. —Zig Ziglar

Some goals are so worthy that it is glorious even to fail. —Author Unknown