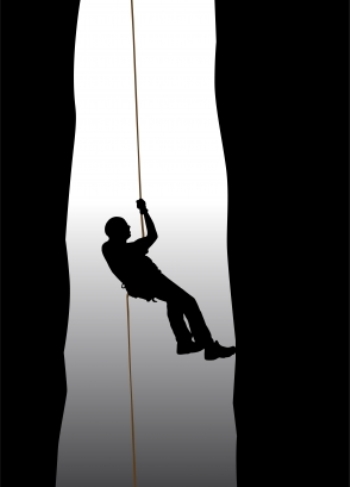 It is easy to be brave from a safe distance. —Aesop

History, despite its wrenching pain, cannot be unlived, but if faced with courage, need not be lived again. —Maya Angelou

One isn’t necessarily born with courage, but one is born with potential. Without courage, we cannot practice any other virtue with consistency; we can’t be kind, true, merciful, generous, or honest. —Maya Angelou

The quality of strength lined with tenderness is an unbeatable combination. —Maya Angelou

The beauty of the soul shines out when a man bears with composure one heavy mischance after another, not because he does not feel them, but because he is a man of high and heroic temper. —Aristotle

I’m not funny. What I am is brave. —Lucille Ball

The healthy, the strong individual is the one who asks for help when he needs it, whether he has an abscess on his knee or in his soul. —Rona Barrett

Vulnerability is not about winner, and it’s not about losing. It’s about having the courage to show up and be seen. —Brené Brown

Solitude is strength; to depend on the presence of the crowd is weakness. The man who needs a mob to nerve him is much more alone than he imagines. —Paul Brunton

Few men, during their lifetime, come anywhere near exhausting the resources dwelling within them. There are deep wells of strength that are never used. —Richard E. Byrd

When you are required to exhibit strength, it comes. —Joseph Campbell

You cannot discover new oceans unless you have the courage to lose sight of the shore.
—Lord Chesterfield

It takes a lot of courage to release the familiar and seemingly secure to embrace the new. But there is no real security in what is no longer meaningful. —Alan Cohen

It is true that we shall not be able to reach perfection, but in our struggle toward, it shall strengthen our characters and give stability to our ideas. —Confucius

Courage is the price that life exacts for granting peace. The soul that knows it not, knows no release from little things. —Amelia Earhart

The wise man in the storm prays to God, not for safety from danger, but for the deliverance from fear. It is the storm within that endangers him, not the storm without. —Ralph Waldo Emerson

You don’t develop courage by being happy in your relationships everyday. You develop it by surviving difficult times and challenging adversity. —Epicurus

I hope you live a life you’re proud of. If you find you’re not, I hope you have the strength to start all over again. —F. Scott Fitzgerald

Some have been thought brave because they were afraid to run away. —Thomas Fuller

Strength does not come from physical capacity. It comes from an indomitable will. —Mahatma Gandhi

To me, there is no greater act of courage than being the one who kisses first. —Janeane Garofalo

What does not kill me makes me stronger. —Johann Wolfgang von Goethe

Courage, in the final analysis, is nothing but an affirmative answer to the shocks of existence. —Kurt Goldstein

Life only demands from you the strength you possess. —Dag Hammarskjold

No one has yet computed how many imaginary triumphs are silently celebrated by people each year to keep up their courage. —Henry S. Haskins

Strength is born in the deep silence of long-suffering hearts; not amid joy. —Arthur Helps

It does not take much strength to do things, but it requires great strength to decide on what to do. —Elbert Hubbard

The strongest man in the world is he who stands most alone. —Henrik Ibsen

Strength is happiness. Strength is itself victory. In weakness and cowardice there is no happiness. When you wage a struggle, you might win or you might lose. But regardless of the short-term outcome, the very fact of your continuing to struggle is proof of your victory as a human being. —Daisaku Ikeda

The greatest test of courage on earth is to bear defeat without losing heart. —Robert G. Ingersoll

He who smiles, rather than rages, is always the stronger. —Japanese proverb

He knows not his own strength that hath not met adversity. —Ben Johnson

Courage is reckoned the greatest of all virtues; because, unless a man has that virtue, he has no security for preserving any other. —Samuel Johnson

It takes more courage to reveal insecurities than to hide them, more strength to relate to people than to dominate them, more “manhood” to abide by thought-out principles rather than blind reflex. Toughness is in the soul and spirit, not in muscles and an immature mind.
—Alex Karras

To keep our faces toward change, and behave like free spirits in the presence of fate, is strength undefeatable. —Helen Keller

We could never learn to be brave and patient if there were only joy in the world. —Helen Keller

Some people believe that holding on and hanging in there are signs of great strength. However, there are times when it takes much more strength to know when to let go—and then do it. —Ann Landers

Don’t wish me happiness; I don’t expect to be happy. It’s gotten beyond that, somehow. Wish me courage and strength and a sense of humor. I will need them all. —Anne Morrow Lindbergh

Courage is the power to let go of the familiar. —Raymond Lindquist

Courage is not simply one of the virtues, but the form of every virtue at the testing point.
—C. S. Lewis

The world is in a constant conspiracy against the brave. It’s the age-old struggle—the roar of the crowd on one side and the voice of your conscience on the other. —Douglas MacArthur

Courage is to feel the daily daggers of relentless steel and keep on living. —Douglas Malloch

Challenges are what make life interesting. Overcoming them is what makes life meaningful. —Joshua J. Marine

The opposite of courage in our society is not cowardice; it is conformity. —Rollo May

Courage is necessary to make being and becoming possible. —Rollo May

The more you project your strengths, the more powerful they can become. —Dr. Phil McGraw

The only courage that matters is the kind that gets you from one moment to the next. —Mignon McLaughlin, The Second Neurotic’s Notebook, 1966

True strength lies in submission which permits one to dedicate his life, through devotion, to something beyond himself. —Henry Miller

Valor is stability, not of legs and arms, but of courage and the soul. —Michel de Montaigne

With courage, you will dare to take risks, have the strength to be compassionate, and the wisdom to be humble. Courage is the foundation of integrity. —Keshavan Nair

One of the most courageous decisions you’ll ever make is to finally let go of what is hurting your heart and soul. —Brigitte Nicole

To be independent is the business of a few only; it is the privilege of the strong. —Friedrich Nietzsche

I, with a deeper instinct, choose a man who compels my strength, who makes enormous demands on me, who does not doubt my courage or my toughness, who does not believe me naive or innocent, who has the courage to treat me like a woman. —Anaïs Nin

Let me tell you the secret that has led me to my goal. My strength lies solely in my tenacity. —Louis Pasteur

To him that waits all things reveal themselves, provided that he has the courage not to deny, in the darkness, what he has seen in the light. —Coventry Patmore

Five minutes, just before going to sleep, given to a bit of directed imagination regarding achievement and possibilities of the morrow, will steadily and increasingly bear fruit; particularly if all ideas of difficulty, worry, or fear are resolutely ruled out and replaced by those of accomplishment and smiling courage. —Frederick Pierce

Courage is as often the outcome of despair as of hope; in the one case we have nothing to lose, in the other everything to gain. —Diane de Poitiers

God does not take away trials or carry us over them, but strengthens us through them.
—Edward B. Pusey

Courage doesn’t always roar. Sometimes courage is the quiet voice at the end of the day saying, “I will try again tomorrow.” —Mary Anne Radmacher

Courage is being afraid, but going on anyhow. —Dan Rather

Courage is not the absence of fear, but rather the judgment that something else is more important than fear. —Ambrose Redmoon

You gain strength, courage, and confidence by every experience in which you really stop to look fear in the face. —Eleanor Roosevelt

Becoming fearless isn’t the point. That’s impossible. It’s learning how to control your fear, and how to be free from it. —Veronica Roth

Nothing is so strong as gentleness, and nothing is so gentle as true strength. —St. Francis de Sales

Strength does not come from winning. Your struggles develop your strengths. When you go through hardships and decide not to surrender, that is strength. —Arnold Schwarzenegger

There is a growing strength in women; but it is in the forehead, not in the forearm. —Beverly Sills

Keep your fears to yourself, but share your courage with others. —Robert Louis Stevenson

All serious daring starts from within. —Harriet Beecher Stowe

Although men are accused of not knowing their own weakness, yet perhaps few know their own strength. It is in men as in soils, where sometimes there is a vein of gold which the owner knows not of. —Jonathan Swift

Courage is not limited to the battlefield or the Indianapolis 500 or bravely catching a thief in your house. The real tests of courage are much quieter. They are the inner tests, like remaining faithful when nobody’s looking, like enduring pain when the room is empty, like standing alone when you’re misunderstood. —Charles Swindoll

Any one can hold the helm when the sea is calm. —Publilius Syrus

Only when we are no longer afraid do we begin to live. —Dorothy Thompson

Courage, it would seem, is nothing less than the power to overcome danger, misfortune, fear, injustice, while continuing to affirm inwardly that life, with all its sorrows, is good; that everything is meaningful even if in a sense beyond our understanding; and that there is always tomorrow. —Dorothy Thompson

For an impenetrable shield, stand inside yourself. —Henry David Thoreau

It is curious that physical courage should be so common in the world and moral courage so rare. —Mark Twain

Being deeply loved by someone gives you strength, while loving someone deeply gives you courage. —Lao Tzu

There are two ways of exerting one’s strength: One is pushing down, the other is pulling up. —Booker T. Washington

None of us can hope to get anywhere without character—moral courage and the spiritual strength to accept responsibility. —Thomas J. Watson

To have faith is to trust yourself to the water. When you swim you don’t grab hold of the water, because if you do you will sink and drown. Instead you relax, and float. —Alan Watts

Courage is being scared to death and saddling up anyway. —John Wayne

To live with fear, and not be afraid, is the final test of maturity. —Edward Weeks

God places the heaviest burden on those who can carry its weight. —Reggie White

To go against the dominant thinking of your friends, of most of the people you see every day, is perhaps the most difficult act of heroism you can perform. —Theodore H. White

True courage is not the brutal force of vulgar heroes, but the firm resolve of virtue and reason. —Alfred North Whitehead

Ultimately, the only power to which man should aspire is that which he exercises over himself. —Elie Wiesel

There is no chance, no destiny, no fate, that can hinder or control the firm resolve of a determined soul. —Ella Wheeler Wilcox

There is a comfort in the strength of love: ‘Twill make a thing endurable, which else would overset the brain or break the heart. —William Wordsworth