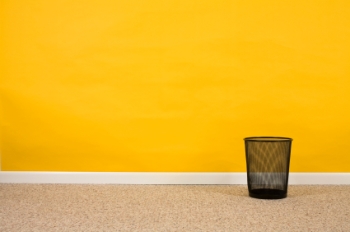 There is no mistake so great as the mistake of not going on. —William Blake

As long as the world is turning and spinning, we’re gonna be dizzy and we’re gonna make mistakes. —Mel Brooks

One has only to grow older to become more tolerant. I see no fault that I might not have committed myself. —Johann Wolfgang von Goethe

Mistakes fail in their mission of helping the person who blames them on the other fellow. —Henry S. Haskins

The greatest mistake you can make in life is to be continually fearing you will make one. —Elbert Hubbard

A man of genius makes no mistakes. His errors are volitional and are the portals of discovery. —James Joyce

While one person hesitates because he feels inferior, the other is busy making mistakes and becoming superior. —Henry C. Link

Mistakes are a part of the dues one pays for a full life. —Sophia Loren

Admit your errors before someone else exaggerates them. —Andrew V. Mason

I am glad that I paid so little attention to good advice; had I abided by it, I might have been saved from some of my most valuable mistakes. —Edna St. Vincent Millay

The man who makes no mistakes does not usually make anything. —Edward Phelps

A man should never be ashamed to own he has been in the wrong, which is but saying . . . he is wiser today than he was yesterday. —Alexander Pope

The only real mistake is the one from which we learn nothing. —John Powell

A life spent making mistakes is not only more honorable, but more useful than a life spent doing nothing. —George Bernard Shaw

If a mistake is not a stepping stone, it is a mistake. —Eli Siegel

From the errors of others, a wise man corrects his own. —Syrus

If you shut your door to all errors, truth will be shut out. —Rabindranath Tagore

Mistakes are the usual bridge between inexperience and wisdom. —Phyllis Theroux

One cannot too soon forget his errors and misdemeanors; for to dwell upon them is to add to the offense. —Henry David Thoreau

Error is a hardy plant; it flourishes in every soil. —Martin F. Tupper

It is very easy to forgive others their mistakes; it takes more grit to forgive them for having witnessed your own. —Jessamyn West

If you don’t make mistakes, you’re not working on hard enough problems; and that’s a big mistake. —F. Wikzek

Some mistakes are too much fun to only make once. —Author Unknown

Things could be worse. Suppose your errors were counted and published every day, like those of a baseball player. —Author Unknown