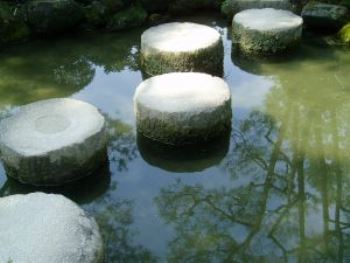 Truth will sooner come out of error than from confusion. —Francis Bacon

I tore myself away from the safe comfort of certainties through my love for truth—and truth rewarded me. —Simone de Beauvoir

Integrity has no need for rules. —Albert Camus

There are three truths: My truth, your truth, and the truth. —Chinese proverb

Truth is incontrovertible, malice may attack it and ignorance may deride it, but, in the end, there it is. —Winston Churchill

I searched through rebellion, drugs, diets, mysticism, religions, intellectualism and much more, only to begin to find that truth is basically simple, and feels good, clean, and right. —Chick Corea

In seeking truth you have to get both sides of the story. —Walter Cronkite

The truth is rarely as dreadful or as terrifying as what one imagines. —Hallie Ephron

It is easier to perceive error than to find truth, for the former lies on the surface and is easily seen, while the latter lies in the depth, where few are willing to search for it. —Johann Wolfgang von Goethe

We are never deceived; we deceive ourselves. —Johann Wolfgang von Goethe

It is only when we silence the blaring sounds of our daily existence that we can finally hear the whispers of truth that life reveals to us. —K. T. Jong

What is true for you today may not be true for you tomorrow. If you’ve become attached to your truth, however, you may find it hard to let it go, even if direct experience shows you something higher or better. If you find you were wrong, be proud! It reveals that you’ve learned something new, and that your wisdom is bigger than your ego. —Kajama

We all skirt around the truth or stuff down our feelings at times out of fear that we’ll “lose” someone we love if we’re honest, or look ridiculous if we admit our weaknesses. If speaking the truth leads to the breakdown of a relationship, then all we’ve really lost is an illusion—something so flimsy that we could not have relied on it when we really needed it anyway. —Kajama

At times it is better to know the truth than to relax in the illusion that everything is fine. —Kajama

Let us be a little humble; let us think that the truth may not perhaps be entirely with us. —Jawaharlal Nehru

The single best thing about honesty is that it requires no follow-up. —Rachel Maddow

The dream begins with a teacher who believes in you, who tugs and pushes and leads you to the next plateau, sometimes poking you with a sharp stick called “truth.” —Dan Rather

Truth has no special time of its own. Its hour is now, always. —Albert Schweitzer

One word of truth outweighs the whole world. —Alexander Solzhenitsyn

The truth indeed has never been preached by the Buddha, seeing that one has to realize it within oneself. —Lamkara Sutra

Truth, like surgery, may hurt, but it cures. —Han Suyin

I hope I shall always possess firmness and virtue enough to maintain what I consider the most enviable of all titles, the character of an honest man. —George Washington

It is in our idleness, in our dreams, that the submerged truth sometimes comes to the top. —Virginia Woolf

If you shut up truth and bury it under the ground, it will but grow, and gather to itself such explosive power that the day it bursts through, it will blow up everything in its way. —Émile Zola